You cannot change what never happened. What you don’t know won’t kill you. Almost is never enough. Has it ever occurred to you that the way things are right now is because of a decision you made that you think was the right thing to do but actually made the situation a lot worse? Have you ever realized that things could’ve been a lot different if only, if only you chose the thing you know you can be happy with? Did it ever cross your mind that the reason why you’re not happy right now is because you choose and keep on choosing pain no matter how hard happiness is trying to fit itself inside of your system?

You could’ve changed it. But you chose not to.

You chose the one option that could hurt us both. You chose to leave me. You chose to quit and turn your back on me. And nothing hurts more than being able to realize that it’s really over. That it’s real. That I really lost you. Right now, I am at a state wherein I still deny to myself that you’re gone. Sometimes, I want to time travel to see if you’re really coming back to me, just like what you promised. There are times that I wanna sit alone, secretly stare at our pictures and thinking “What happened?”.

What happened to us?

We were happy, right? We don’t even argue. We don’t make things such a big deal because we both know who and what it’s all gonna end up to. We even smile at each other despite the busy and hectic schedule that even a simple wave is enough. We even give each other tight hugs even if people around us are watching. We were happy. We never thought about ending it. It never crossed my mind that I will stop loving you because believe me, as I wake up everyday, I want you to feel that I won’t hurt you. I can’t hurt you. I don’t want to hurt you. I don’t want you to think that you’re a burden to other people’s lives. I don’t what you to feel like you’ve been stabbed in the back. I never wanted you to know that there are people hurting me instead of you because I allowed myself to protect and guard you from all the possible negative comments you can get from the cruel world. I did this. Every day. Every single day.

Until you decided to push me away.

I admit, I still think you’re mine. I still allow myself to fall for you even if I know catching me isn’t ever gonna happen again. I still get jealous over girls drooling over you. I still cry at night. In the shower, in bed, in dark places, anywhere and anytime my heart decides to cry. I’m still in denial. Maybe I already accepted the fact that you’re not coming back but the fact that you left me? It’s too much to handle. It’s too much pain to bare with and it’s too much pressure on myself because you know how much I hated my insecurities. On other people, on things, on you. You know how hard I tried to cope up with things I think are gonna kill me. You know how I cry at night thinking about things I’m not supposed to. You know how much I make things such a big deal.

Especially when we’re talking about you.

The night you opened up to me, I admit, was the best and worst night that ever happened between the two of us. You were honest. I saw how much you still cling and crave for me. You held my hand so tightly you never wanted to let it go. You hug me like there’s no tomorrow, like you wanna keep me forever. You wanna make the time stop and just talk to me while you’re drunk because you knew the moment you sober up, all you can do is secretly stare at me from afar. You whispered me things you never told me before. You showed how much you still needed me. You practically begged for me to accept you again but then again, you never wanted me to know. I saw how hurt you were. I saw how your hand painfully held mine acting like everything was okay. I heard your heart slowly crash to pieces as you hugged me and pulled me into you. I observed how you wanted to open your mouth and tell me everything you’ve always wanted to tell me before time runs out. You told me a lot. You told me things I wasn’t supposed to know. You opened up everything.

You told me it hurts.

In that exact moment, I cried.

I cried secretly and silently for you not to notice. I cried not because you finally said sorry but because I felt the pain we both tried to hide from each other that day. I cried because I saw how hard it was for you to do such thing. I cried because you were hurting because of me. For the first time in my life, I cried because a guy sacrificed his pride and set aside his ego just to let me feel that I deserve to be happy, even though your interpretation of happiness differs a lot from mine. You tried your best and you thought your best wasn’t good enough. Well let me tell you this: it was more than enough. It was more than what I could even ask for. I kept on telling you I wasn’t asking for more, that being with you is already enough but still, you wanted to see me genuinely happy even if it means you being out of the picture. Even if it means you have to crash your name out of my heart.

Even if it means you have to leave me.

It was hard at first to the point that I allowed myself to plant hatred towards you. I never wished for anything but for you to realize that what you did will make you regret doing it. I never wanted to see your face or hear your name wherever I go, the reason why I unfollowed you on facebook and removed your picture from my featured photos, deleted all our pictures on instagram and my camera roll, and removed our nicknames on messenger. I was mad at you. For hurting me, for leaving me, for not fighting for us. I hated you for allowing me to get hurt when all I ever did was to make you happy. I hated you for being such a jerk and for not allowing yourself to take the risk for me. I hated you just as enough for me to tell myself that I regret ever meeting you. I hated you for taking back what I thought was mine.

I hated you but I also wished for you to come back.

I want you back because this is just the beginning.

So I guess I’m also right. You CAN actually change what never happened. What you don’t know CAN actually kill you. And sometimes, almost only exists when love doesn’t win. For now, let’s allow ourselves to heal and to bloom again. Let’s allow ourselves to breathe without holding each other’s hands. Let’s allow ourselves to enjoy and to appreciate the beauty of life. Let’s allow ourselves to get jealous of other people, to open our hearts to other people, and to let our hearts stay cold and hard as it is now because who knows? This might actually make us realize that it’s always better when we’re together. That it’s always better when we’re with each other. That it’s always better to get hurt because it allows us to accept ourselves again and sooner, if God allows, in no time, we will be back in each other’s arms. But if it isn’t happening anymore, atleast we tried and we learned a lot and let’s promise to never do it again. For now, waiting is our last resort. Because I know waiting always leads to a better decision. If this is the key to both our happiness, I will do it.

Because as what I always tell you, you are worth it. 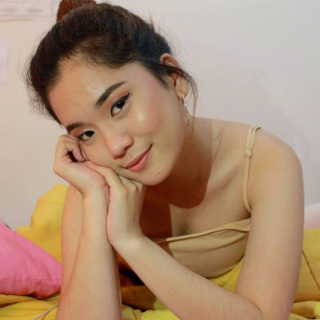